Gavin Friday on Yeats
with Martin Hayes and Dennis Cahill
Seen at the National Library, June 30, 2010

Demand for Gavin Friday, Martin Hayes and Dennis Cahill performing work by William Butler Yeats on June 30th was so great, the National Library decided to simulcast the event in the Library’s cafe. Gavin, approaching the material in his own inimitable way, read his personal selection of poems covering themes of romance, politics and celtic mysticism, using the full width of his voice to add light and shade to Yeats’ words, and body to punctuate his phrasing.

Hayes (fiddle) and Cahill (guitar) provided musical interludes and improvised on ‘The Stolen Child’, Yeats’ own tale of dazzle and delight. Although they had little rehearsal time and come from very different traditions, the artists managed to find common ground, and simply ‘clicked’. Hayes kept his eyes on Gavin throughout the performance following his lead while Cahill fixed on the fiddler. “I’m not from Sligo,” said Gavin, “I’m from Dublin,” and launched into a purposefully flat reading of ‘The Fiddler of Dooney’, accentuating his Northside Dublin inflection. It worked well with the ballad’s iambic trimeter: “I passed my brother and cousin / They read in their books of prayer / I read in my book of songs / I bought at the Sligo fair.” He ended with two encores picked on the spot and chose ‘Drinking Song’ because the title appealed to him and then closed with ‘Brown Penny’ (perhaps subconciously because it’s theme echoes his own classic ‘Tell Tale Heart’) the words of which sound particularly Fridayesque: “For he would be thinking of love / Till the stars had run away / And the shadows eaten the moon.”

Theo Dorgan, master of ceremonies, paraphrasing writer Colm Toibin in his closing words to the audience, said: “It wasn’t the guitar players and the fiddlers and the actors and the poets who bankrupted the country, who ran our country into the ground, but if we are to make it back, if we are to take it back… I don’t know about you, but my heart will be all that stronger, for tonight we’ve been in the presence of real art, real artists and it seems such a good thing that’s it’s in the heart of the National Library.” He then called for another round of applause. Later that evening, at the Merrion Hotel, the Library presented the musicians with 1st edition copies of Yeats’ books to thank them for their involvement in the Summer’s Wreath festival. 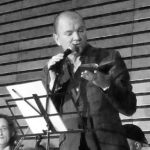 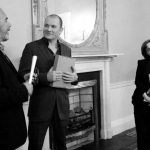 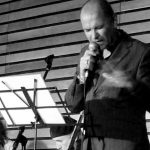 WHAT need you, being come to sense,
But fumble in a greasy till
And add the halfpence to the pence
And prayer to shivering prayer, until
You have dried the marrow from the bone?
For men were born to pray and save:
Romantic Ireland’s dead and gone,
It’s with O’Leary in the grave.

Yet they were of a different kind,
The names that stilled your childish play,
They have gone about the world like wind,
But little time had they to pray
For whom the hangman’s rope was spun,
And what, God help us, could they save?
Romantic Ireland’s dead and gone,
It’s with O’Leary in the grave.

Was it for this the wild geese spread
The grey wing upon every tide;
For this that all that blood was shed,
For this Edward Fitzgerald died,
And Robert Emmet and Wolfe Tone,
All that delirium of the brave?
Romantic Ireland’s dead and gone,
It’s with O’Leary in the grave.

Yet could we turn the years again,
And call those exiles as they were
In all their loneliness and pain,
You’d cry, ‘Some woman’s yellow hair
Has maddened every mother’s son’:
They weighed so lightly what they gave.
But let them be, they’re dead and gone,
They’re with O’Leary in the grave.

TO A FRIEND WHOSE WORK HAS COME TO NOTHING

NOW all the truth is out,
Be secret and take defeat
From any brazen throat,
For how can you compete,
Being honour bred, with one
Who, were it proved he lies,
Were neither shamed in his own
Nor in his neighbours’ eyes?
Bred to a harder thing
Than Triumph, turn away
And like a laughing string
Whereon mad fingers play
Amid a place of stone,
Be secret and exult,
Because of all things known
That is most difficult.

TO IRELAND IN THE COMING TIMES

Know, that I would accounted be
True brother of a company
That sang, to sweeten Ireland’s wrong,
Ballad and story, rann and song;
Nor be I any less of them,
Because the red-rose-bordered hem
Of her, whose history began
Before God made the angelic clan,
Trails all about the written page.
When Time began to rant and rage
The measure of her flying feet
Made Ireland’s heart begin to beat;
And Time bade all his candles flare
To light a measure here and there;
And may the thoughts of Ireland brood
Upon a measured guietude.

Nor may I less be counted one
With Davis, Mangan, Ferguson,
Because, to him who ponders well,
My rhymes more than their rhyming tell
Of things discovered in the deep,
Where only body’s laid asleep.
For the elemental creatures go
About my table to and fro,
That hurry from unmeasured mind
To rant and rage in flood and wind,
Yet he who treads in measured ways
May surely barter gaze for gaze.
Man ever journeys on with them
After the red-rose-bordered hem.
Ah, faeries, dancing under the moon,
A Druid land, a Druid tune!

While still I may, I write for you
The love I lived, the dream I knew.
From our birthday, until we die,
Is but the winking of an eye;
And we, our singing and our love,
What measurer Time has lit above,
And all benighted things that go
About my table to and fro,
Are passing on to where may be,
In truth’s consuming ecstasy,
No place for love and dream at all;
For God goes by with white footfall.
I cast my heart into my rhymes,
That you, in the dim coming times,
May know how my heart went with them
After the red-rose-bordered hem.

I HAVE drunk ale from the Country of the Young
And weep because I know all things now:
I have been a hazel-tree, and they hung
The Pilot Star and the Crooked Plough
Among my leaves in times out of mind:
I became a rush that horses tread:
I became a man, a hater of the wind,
Knowing one, out of all things, alone, that his head
May not lie on the breast nor his lips on the hair
Of the woman that he loves, until he dies.
O beast of the wilderness, bird of the air,
Must I endure your amorous cries?

HE WISHES FOR THE CLOTHS OF HEAVEN

HAD I the heavens’ embroidered cloths,
Enwrought with golden and silver light,
The blue and the dim and the dark cloths
Of night and light and the half-light,
I would spread the cloths under your feet:
But I, being poor, have only my dreams;
I have spread my dreams under your feet;
Tread softly because you tread on my dreams.

WHERE dips the rocky highland
Of Sleuth Wood in the lake,
There lies a leafy island
Where flapping herons wake
The drowsy water-rats;
There we’ve hid our faery vats,
Full of berries
And of reddest stolen cherries.
i{Come away, O human child!
To the waters and the wild
With a faery, hand in hand,
For the world’s more full of weeping than you can
understand.}

Where the wave of moonlight glosses
The dim grey sands with light,
Far off by furthest Rosses
We foot it all the night,
Weaving olden dances,
Mingling hands and mingling glances
Till the moon has taken flight;
To and fro we leap
And chase the frothy bubbles,
While the world is full of troubles
And is anxious in its sleep.
i{Come away, O human child!
To the waters and the wild}
With a faery, hand in hand,
For the world’s more full of weeping than you can
understand.}

Where the wandering water gushes
From the hills above Glen-Car,.
In pools among the rushes
That scarce could bathe a star,
We seek for slumbering trout
And whispering in their ears
Give them unquiet dreams;
Leaning softly out
From ferns that drop their tears
Over the young streams.
i{Come away, O human child!
To to waters and the wild
With a faery, hand in hand,
For to world’s more full of weeping than you can
understand.}

Away with us he’s going,
The solemn-eyed:
He’ll hear no more the lowing
Of the calves on the warm hillside
Or the kettle on the hob
Sing peace into his breast,
Or see the brown mice bob
Round and round the oatmeal-chest.
i{For be comes, the human child,
To the waters and the wild
With a faery, hand in hand,
from a world more full of weeping than you can
understand.}

THE FIDDLER OF DOONEY

WHEN I play on my fiddle in Dooney.
Folk dance like a wave of the sea;
My cousin is priest in Kilvarnet,
My brother in Mocharabuiee.

I passed my brother and cousin:
They read in their books of prayer;
I read in my book of songs
I bought at the Sligo fair.

When we come at the end of time
To Peter sitting in state,
He will smile on the three old spirits,
But call me first through the gate;

And when the folk there spy me,
They will all come up to me,
With ‘Here is the fiddler of Dooney!’
And dance like a wave of the sea.

WINE comes in at the mouth
And love comes in at the eye;
That’s all we shall know for truth
Before we grow old and die.
I lift the glass to my mouth,
I look at you, and I sigh.

O love is the crooked thing,
There is nobody wise enough
To find out all that is in it,
For he would be thinking of love
Till the stars had run away
And the shadows eaten the moon.
Ah, penny, brown penny, brown penny,
One cannot begin it too soon.