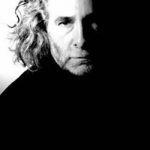 Kevin Godley (England, 1945) started out in the local Manchester music scene in the 1960’s.

Having met Lol Creme in art college, they played in various bands together, most notably 10cc and later as musicians and video directors Godley & Creme.

Godley’s first video experience, co-directing with Crème, was their own single An Englishman in New York, which quickly led to work for Visage, Duran Duran, David Sylvian, The Police, Herbie Hancock, Lou Reed and Peter Gabriel.

Since splitting from his creative partner Creme, Godley went on to direct music videos and films on his own. His music videos include Erasure’s “Blue Savannah”, U2’s “Even Better Than The Real Thing”, “Numb”, “Sweetest Thing” and he directed TV commercials for Habitat, Toshiba, Audi and Pepsi among others.

Godley, a resident of Ireland where he moved in 2008, has recently recorded songs with another former 10cc member, Graham Gouldman. They have recorded songs together as GG/06. He is also involved in the WholeWorldBand app.