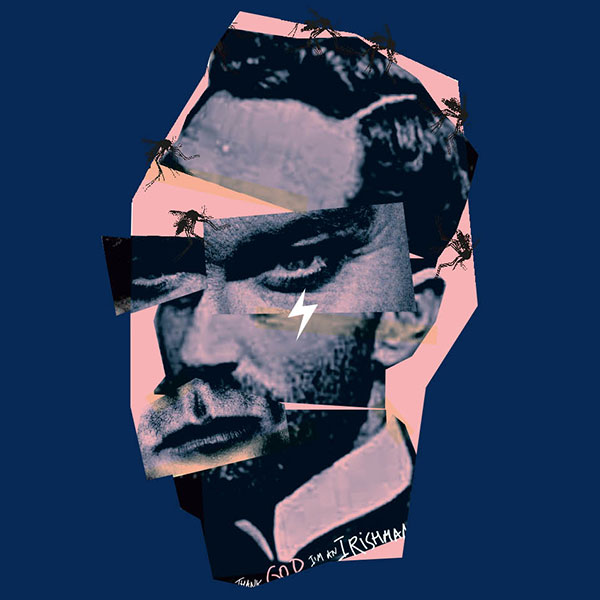 The Casement Sonata by Gavin Friday is a sonic response to the centenary of the execution of Roger Casement in 1916 for the part he played in Ireland’s Easter Rising. Launched by Cllr. Rebecca Moynihan, Deputy Lord Mayor of Dublin on Wednesday 20 July, 2016, The Casement Sonata will be played twice daily in the Hugh Lane in Dublin at 12pm and 3pm. The installation runs from 21 July to 21 August 2016.

“Death is not dark, only deeper blue”

The Casement Sonata is a sonic installation and ambient poem created by songwriter singer Gavin Friday in close collaboration with the poet James McCabe. The two Dubliners pay homage to the most elusive and contentious figure behind the Easter Rising, another Dubliner by birth who became first a knight of the British Empire and then its most dangerous defector. By seeing imperialism as a human rights issue – at first in the southern hemisphere and then at home – Sir Roger Casement applied an altogether more threatening analysis to British Irish relations than the usual Saxon vs. Celt clichés. Casement’s sexuality, and the way in which his private life was manipulated for public effect, tells us much of the lengths to which the powers that be were willing to go in countering this critique. The Sonata comprises five core movements tracing this tragic trajectory.

Roger Casement was born in Sandymount into a family with long links to the British Empire and world travel. After the early death of his father, he was raised in England and partly in Antrim by relatives before going to sea at the age of fifteen. A traveller after the classical mould, Casement spent many years in the service of the Empire, including the Congo and Peru, twilit zones where Belgian and Latin American imperialism were notably corrupted by greed and the booming rubber trade. A man of letters and poet, Casement knew Joseph Conrad and George Bernard Shaw, and is undoubtedly the major influence on both the narrator Marlow and antagonist Kurtz of Heart of Darkness(as embodied by Marlon Brando in APOCALYPSE NOW, Copploa’s cinematic reimagining of that novella); as well as Saint Joan in Shaw’s tragedy of the same name. He remains the most controversial, globally relevant and contemporary Rising leader.

The Casement Sonata represents a new auditory genre, an ambient poem which unites the tradition of narrative and dramatic verse with the rhythm of contemporary electronic and trance music. Following the classic sonata sequence from exposition and development to recapitulation, the work moves from stability (as represented by Casement’s return to Ireland) to instability (as heard in his earlier African and South American adventures) and back to renewed stability (as evidenced in his innermost thoughts after sentencing). Gavin Friday inhabits the deep interior of the words, letting his audience experience the global unfolding of Casement’s tragedy in re-imagined real time. Formally, the hexameter or six-beat lines of blank verse echoing classical epic gradually give way to terza rima – Dante’s purgatorial metre – and finally, elegiac couplets, the ancient Roman metre as practised by the great Latin poets like Ovid. Married to the contemporary soundscape of ambient music, the result is singular.

The first movement in the Sonata re-enacts the emotional universe of Roger Casement as he returns to Ireland in extraordinary conditions. Travelling from Germany via the U-19 submarine, Casement capsized on the dinghy bringing the conspirators home during the dark early hours of Good Friday 1916. He regains consciousness on the Kerry strand like a long-lost Crusoe returned to civilization. He has been away from Ireland, his mothership, for years – confined and landlocked in a wartime Germany. The cynical lip service paid to Irish freedom among German authorities, along with the paltry contingent of captured Russian rifles supplied (a tenth of expectations) have depressed and disorientated him. Ironically, he has decided to return in a last-minute attempt to call off the Dublin Rising, but is an isolated figure also within the revolutionary movement. Alone and ill, Casement is captured and brought by train to Dublin and then London. Banna Strand comprises elements of both ancient Irish voyage poetry (immrama) as well as classical myth and history to capture the essence of a highly sophisticated Victorian mind trapped in historical events of an altogther new and uncompromising kind.

From Banna Strand on Good Friday 1916 the listener is transported decades back to the beating pulse of central Africa – Conrad’s Heart of Darkness. Largely modelled on the figure of Casement in Africa, Conrad’s groundbreaking novella exposed the dark underbelly of white colonialism, unleashing private infernos in remote jungle fiefdoms. The speaking voice travels backwards as Casement is incarcerated in the Tower of London, returning over the nightmare ground of Africa and its remembered paradise. The Sonata continues the Celtic and classical motifs by alluding to Amergin, the mythological first poet of Ireland, as well as Oisín, the last of a hero race, and Odysseus with his sexual partners. Thematically, Congo marks the first time when Casement’s attitudes to the imperial mission are being seriously challenged, even if he continues in diligent service to the British Crown. King Leopold’s private kingdom in Africa was an extraordinary example of sadism and vanity, but its slow fuse was to also ultimately explode Casement’s belief in all imperial agendas. Here we experience that first moment of conscious reckoning, as he is still beguiled by knightly illusions.

The heart of the Sonata, Peru forms a phase of complete disillusionment, as Roger finally equates the equatorial colonial experience with back home – Putumayo with Connemara. Lost in jungle and moral decrepitude again, the speaker recounts his experience of investigating local brutalities, still struck by the local paradise of nature, but increasingly isolated and disaffected with the imperial agenda. Casement first visited Africa as a young man of twenty, in 1884. Now, in 1910 he is middle-aged and already set on a patriotic path, having already joined the Gaelic League and Sinn Féin five years previously. Peru delves deeper into Casement’s inner mind by sourcing fragments of his written thoughts as recorded in his Amazon journal, part of the so-called Black Diaries. Classical and Celtic motifs recur, in keeping with Casement’s education and culture. The gates of horn or ivory were alluded to in both Homer and Vergil, referring to true and false dreams respectively, and originating in Greek puns on those materials. Hy Brasil, from which the country’s name is reputedly taken, refers to the ancient Irish myth of a phantom island to the west, a myth the original Portuguese explorers were familar with. Ironically also, the U-19, which would eventually take Casement to Ireland, was built during this same year of 1910. The following year, Casement was knighted for his services.

In retrospect, Casement’s German stay seems to represent his most despondent phase, as he is denied further travel owing to the British naval blockade – and his plans for recruiting an Irish Brigade among prisoners of war at Limburg are repulsed by suspicion on the part of the Irish and lip service on the part of the Germans. In the vacuum of wartime Bavaria, he contemplates his predicament on the shores of Lake Ammersee, just south of Munich, at a time when trench warfare is becoming semi-permanent in the fields of France to the north-west and his commitment to Irish independence seems a vain illusion. In keeping with this purgatorial mood of endless waiting, the spoken metre here shifts to terza rima, Dante’s classical rhythm. Ammersee captures a moment in time when the epic opportunities of the historical situation seem already wasted and over. Casement’s imagination is pushed to its limits in near-total isolation as he struggles to make sense of the scene, stranded in a society with altogether other concerns and its own iron agenda. This is the lowest point in his personal quest/immram, as he dreams of one last escape even at the cost of life.

As the judgement and verdict is read out at Bow Street courthouse in London, Casement is brought back to the present, during the summer of 1916, with the slaughter of the Somme raging and the Rising receding into seeming fiasco. In Pentonville prison he records his final thoughts as the elegiac metre of the Roman poets replaces Dante’s triple rhythms – we are back at the root of Western poetics and Casement is imaginatively back at the source of his wanderlust – the childhood locale of Murlough Bay in County Antrim. This final movement in the Sonata is laced with Casement’s own imagery as he writes his final letters to his cousins Gertrude and Elizabeth Bannister. Casement’s composure at the end seems extraordinary, from thanking the gentlemen of the jury to the remark of hangman John Ellis: “He appeared to me the bravest man it fell to my unhappy lot to execute.” The Sonata concludes in a mood of transcendence as the imaginary currach Casement has always been voyaging in with mythic companions such as Maeldune sails over the edge of the world – in this case the liminal zone between Eire and Alba, Celtic timespaces beyond jurisdiction.