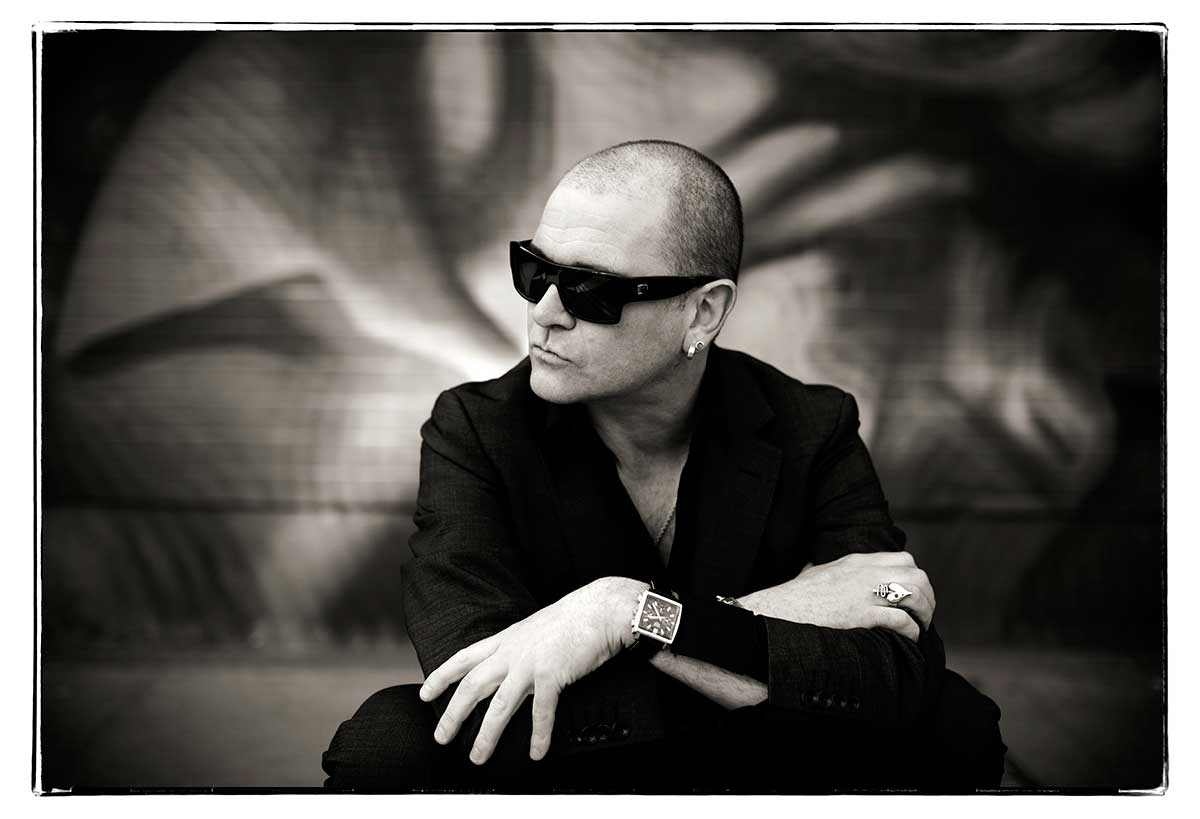 Gavin Friday’s career spans four decades, and he still puts the same energy and passion into his work that he did with the Virgin Prunes in 1977. The 1980s were dominated by other artistic endeavours – painting, (his 1988 exhibition I Didn’t Dome up the Liffey in a Bubble), writing and MCing his own weekly cabaret The Blue Jaysus. 1987 saw the start of a 15 year long collaboration with pianist Maurice Seezer.

Each Man Kills the Thing He Loves

Gavin’s first solo album with Seezer was Each Man Kills The Thing He Loves, released in 1989. It was followed in 1992 by Adam ‘n’ Eve, and three years later by Shag Tobacco (which the singer called “a very sexual album’). The decade was also the beginning of his career in film as both a vocalist and composer.

Gavin Friday wrote the soundtrack to Jim Sheridan’s In the Name of the Father, which including Sinéad O’Connor’s hit, ‘You Made Me the Thief of Your Heart’. In 1996 Friday and Seezer contributed the song ‘Angel’ to the Romeo + Juliet soundtrack and wrote their first score for the Australian film Angel Baby. Subsequent film scores have included The Boxer (1998), Disco Pigs (2001) and In America (2002) and the 50 Cent biopic Get Rich or Die Trying with Quincy Jones.

His 2001 show, the Kurt Weill tribute Ich Liebe Dich, juxtaposed 1920s/30s Berlin and 1940s Broadway and had a sell-out run at the Dublin Theatre Festival. It was only a matter of time before Gavin made his film debut, in 2005. Director Neil Jordan cast him as sexually ambiguous rocker Billy Hatchet in Breakfast on Pluto, which won him much acclaim. He returned to the stage in Germanophile mode in Tomorrow Belongs To Me. Since 2007, he has been playing live with the Gavin Bryars Ensemble, on performances such as This Shakespeare Sonnet Project and The Sinking of the Titanic.

More theatrical and collaborative work followed in 2007, including music for The Revenant, a play by Patrick McCabe’s and Ian Wilson’s The Handsomest Drowned Man in the World. In Summer 2008, Scott Walker invited Gavin to perform in Drifting and Tilting – The Songs of Scott Walker and in 2009 Gavin turned 50 and celebrated with a gig at New York’s Carnegie Hall. Guests included Antony, Rufus Wainwright, Courtney Love, Lou Reed, Laurie Anderson and U2.

In 2010 he covered Suicide’s ‘Ghostrider’ with Dave Ball. Gavin also performed a full-length show with traditional musicians Martin Hayes and Dennis Cahill at the National Library’s Summer Wreath. As part of the show, they performed a selection of WB Yeats’ poetry, which they plan to record at a later date.

‘catholic‘ is Friday’s fourth studio album and his first solo project in 16 years. The singer likens catholic to “waking from a deep sleep, of letting go and coming to terms with loss”. It’s also about mortality, promiscuity, romance, art and hope. Legendary producer Ken Thomas helmed a broad cast of musicians who helped shape the songs, but Friday’s own experience with film scores and composition looms large over the tracks, creating a complex, layered work that veers between minimalist and reflective to epic and lush.

After his critically acclaimed comeback in 2011 with the album and tour catholic, performing artist and composer Gavin Friday continues his dramatisation of outsiders in defiance with The Casement Sonata, a literary musical tour de force. A sonic response to the centenary of the execution of Roger Casement in 1916 for the part he played in the Easter Rising, The Casement Sonata is launched by Cllr. Rebecca Moynihan, Deputy Lord Mayor of Dublin on Wednesday 20 July 2016. The Casement Sonata will be played twice daily in prestigious art Gallery the Hugh Lane in Dublin in July and August 2016.

A well-known figure in the city for decades, he has bridged diverse media from music and painting to film and theatre.